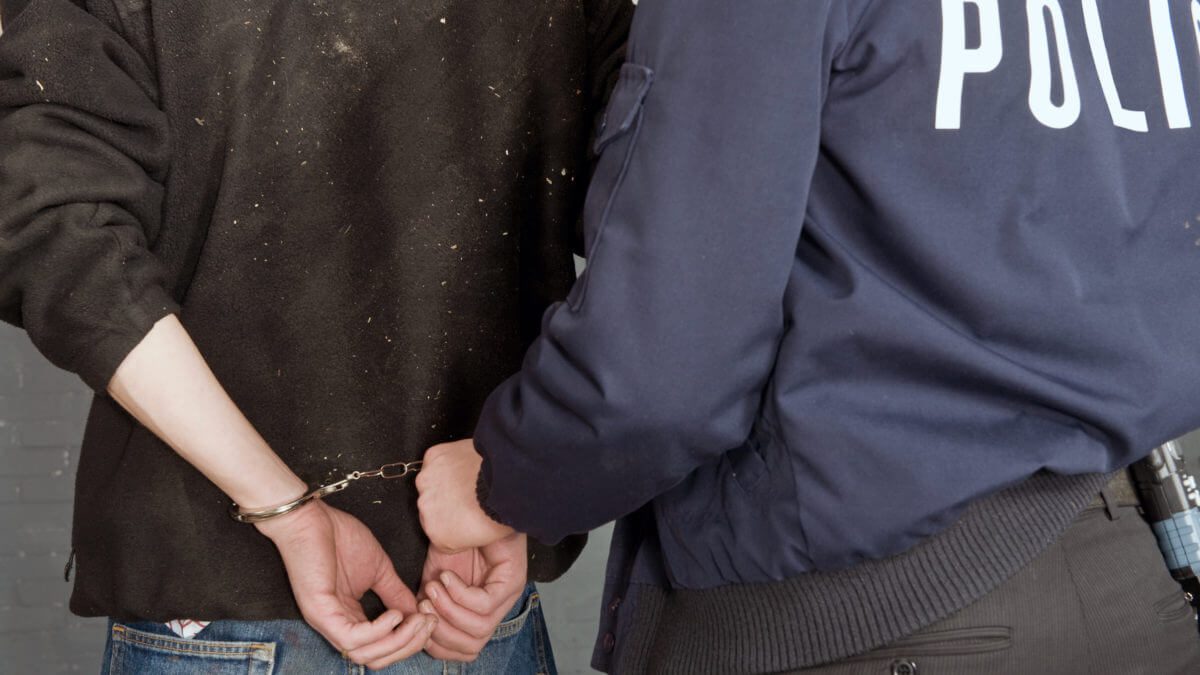 Like we mentioned in our first article about dishonesty offences in Canada, which you can find here (INSERT LINK) the theft offence is found in Section 322 of the Criminal Code. Like we talked about before, theft has a number of elements. First, it must be committed fraudulently and “without colour of right”. The term “colour of right” was clarified by the Supreme Court in 2015 in R v. Simpson.

The term “colour of right” generally, but not always, refers to a situation where there is a claim of an ownership or possessory right to the thing which has allegedly been stolen. Where a person honestly asserts what they believe to be a claim, they cannot be said to act “without colour of right”, even if the person in question does not actually have an ownership or possessory right to the property. In short, “colour of right” means an honest belief in certain facts which, if true, would justify or excuse the act done in law. The term is a specific application of the legal doctrine of ‘mistake of fact.

To benefit from the “colour of right” defence, an accused must show there is an “air of reality” to it. Or, in other words, they must show some evidence upon which a trier of fact could be left in a state of reasonable doubt about colour of right. Once the accused shows this, the Crown must disprove it beyond a reasonable doubt. This defence also applies to other property-related offences, such as breaking and entering.

So, what elements must the crown prove to convict someone of theft? That’s pretty easy, there are three main elements:

“What does ‘converted’ mean?” you might ask. The Court in R v. Saucier gives us a good definition: “To convert something means to (wrongfully) deal with it in a way that is inconsistent with the rights of the true owner of that thing. Even if one person is lawfully in possession of another person’s property, to do something with that property contrary to the terms on which the person got (had) it in the first place would be to convert that person’s property to the use of the person who converted it (or, to the use of somebody else). For example, A borrows a car with the owner B’s permission. A then sells the car to C. As has converted B’s care to the use of C.”

In R v. Saucier, the Court also noted that where the law of property provides for a right of recovery, property does not pass for the purpose of the criminal law. That means that a person won’t be convicted for theft when they are mistakenly sent property, even if they know about the mistake, where the transfer is void or voidable according to property law. Void and voidable are legal terms, with precise meanings and application. It’s vital to have experienced knowledgable counsel by your side to explore every possible defence if you’re charged with theft under s.322.

The Criminal Code portion on ‘theft’ refers to certain specific types of theft. Some of these are historical and can seem a little strange, for example Oyster Theft (s.323). Others are more modern, like theft of a telecommunication service (s.326), or possession of a device to that end (s.327). Other specific offences include:

Section 334 sets out the maximum punishments for theft offences where not otherwise set out. Where the value of stolen goods exceed $5,000 or where the property stolen is a testamentary instrument, the person can be imprisoned for up to 10 years. Where the value is below $5,000 the offence can either be prosecuted on summary conviction, or as an indictable offence subject to a maximum imprisonment term of 2 years.

As we’ve seen, theft is the #1 offence in Canada. But, that doesn’t mean it’s simple. Because it’s so widespread there are many aspects and elements to it. In the Criminal Code, the portion after Theft deals with Offences Resembling Theft, but we’ll leave those for another day. What is clear is that it’s key to be represented by an experienced and zealous advocate who will explore every defence to prove that you are not guilty beyond a reasonable doubt.

From The Horse’s Mouth

Here are the sections of the Criminal Code which we discuss above:

(b) to pledge it or deposit it as security;

(c) to part with it under a condition with respect to its return that the person who parts with it may be unable to perform; or

(d) to deal with it in such a manner that it cannot be restored in the condition in which it was at the time it was taken or converted.

(2) A person commits theft when, with intent to steal anything, he moves it or causes it to move or to be moved, or begins to cause it to become movable.

(3) A taking or conversion of anything may be fraudulent notwithstanding that it is effected without secrecy or attempt at concealment.

(4) For the purposes of this Act, the question whether anything that is converted is taken for the purpose of conversion, or whether it is, at the time it is converted, in the lawful possession of the person who converts it is not material.

(5) For the purposes of this section, a person who has a wild living creature in captivity shall be deemed to have a special property or interest in it while it is in captivity and after it has escaped from captivity.

323 (1) Where oysters and oyster brood are in oyster beds, layings or fisheries that are the property of any person and are sufficiently marked out or known as the property of that person, that person shall be deemed to have a special property or interest in them.

(2) An indictment is sufficient if it describes an oyster bed, laying or fishery by name or in any other way, without stating that it is situated in a particular territorial division.

Theft by bailee of things under seizure

Agent pledging goods, when not theft

325 A factor or an agent does not commit theft by pledging or giving a lien on goods or documents of title to goods that are entrusted to him for the purpose of sale or for any other purpose, if the pledge or lien is for an amount that does not exceed the sum of

(a) the amount due to him from his principal at the time the goods or documents are pledged or the lien is given; and

(b) the amount of any bill of exchange that he has accepted for or on account of his principal.

326 (1) Every one commits theft who fraudulently, maliciously, or without colour of right,

(a) abstracts, consumes or uses electricity or gas or causes it to be wasted or diverted; or

Possession of device to obtain use of telecommunication facility or service

327 (1) Every person who, without lawful excuse, makes, possesses, sells, offers for sale, imports, obtains for use, distributes or makes available a device that is designed or adapted primarily to use a telecommunication facility or obtain a telecommunication service without payment of a lawful charge, knowing that the device has been used or is intended to be used for that purpose, is

(a) guilty of an indictable offence and liable to imprisonment for a term of not more than two years; or

(b) guilty of an offence punishable on summary conviction.

(2) If a person is convicted of an offence under subsection (1) or paragraph 326(1)(b), in addition to any punishment that is imposed, any device in relation to which the offence was committed or the possession of which constituted the offence may be ordered forfeited to Her Majesty and may be disposed of as the Attorney General directs.

(4) In this section, device includes

(a) a component of a device; and

Theft by or from person having special property or interest

(a) by the owner of it from a person who has a special property or interest in it;

(b) by a person who has a special property or interest in it from the owner of it;

(c) by a lessee of it from his reversioner;

(d) by one of several joint owners, tenants in common or partners of or in it from the other persons who have an interest in it; or

Misappropriation of money held under direction

332 (1) Every one commits theft who, having received, either solely or jointly with another person, money or valuable security or a power of attorney for the sale of real or personal property, with a direction that the money or a part of it, or the proceeds or a part of the proceeds of the security or the property shall be applied to a purpose or paid to a person specified in the direction, fraudulently and contrary to the direction applies to any other purpose or pays to any other person the money or proceeds or any part of it.

(2) This section does not apply where a person who receives anything mentioned in subsection (1) and the person from whom he receives it deal with each other on such terms that all money paid to the former would, in the absence of any such direction, be properly treated as an item in a debtor and creditor account between them, unless the direction is in writing.

333 No person commits theft by reason only that he takes, for the purpose of exploration or scientific investigation, a specimen of ore or mineral from land that is not enclosed and is not occupied or worked as a mine, quarry or digging.

333.1 (1) Everyone who commits theft is, if the property stolen is a motor vehicle, guilty of an offence and liable

(b) on summary conviction, to imprisonment for a term of not more than two years less a day.

(2) For the purpose of determining whether a convicted person has committed a third or subsequent offence, an offence for which the person was previously convicted is considered to be an earlier offence whether it was prosecuted by indictment or by way of summary conviction proceedings.

334 Except where otherwise provided by law, every one who commits theft

(a) if the property stolen is a testamentary instrument or the value of what is stolen is more than $5,000, is guilty of

(i) an indictable offence and liable to imprisonment for a term of not more than 10 years, or

(ii) an offence punishable on summary conviction; or

(i) of an indictable offence and is liable to imprisonment for a term not exceeding two years, or

(ii) of an offence punishable on summary conviction, 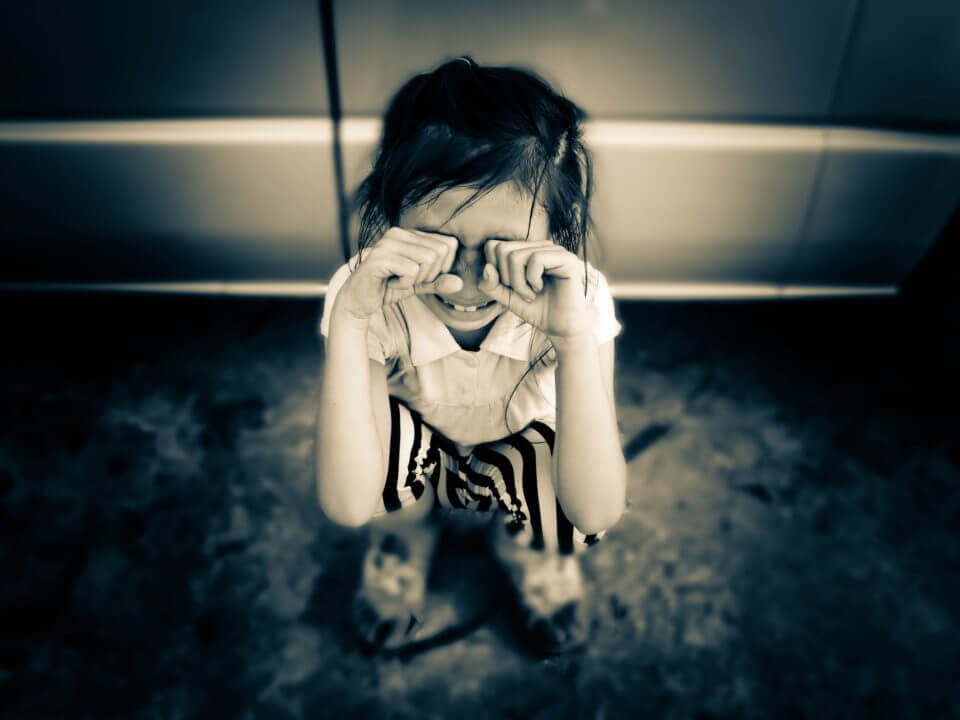 Be Aware of Amber Alerts and Abductions