Is Being Racist Illegal In Canada? 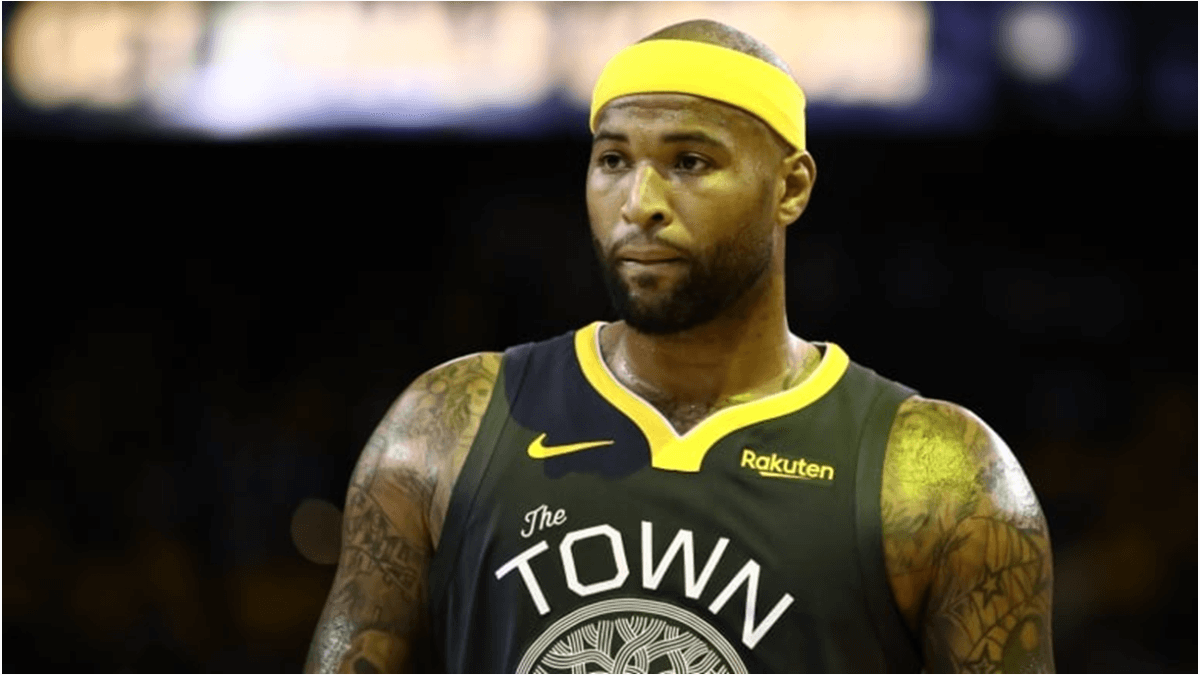 An arrest warrant has been issued for LA Lakers’ Centre DeMarcus Cousins. It’s alleged he committed a domestic assault against the mother of his child. All cases of domestic assault and domestic violence are taken very seriously by society and the courts. We’ll take a brief look at the news about Demarcus Cousins, his alleged threats, and then we’ll look at some similar cases and how domestic assault is treated in Canada.

The warrant for Cousins was was issued in Alabama . Cousins allegedly threatened to shoot the mother of his child as can be heard in this clip released by TMZ:

DeMarcus Cousin’s lost it in that moment. He failed to control his emotions and as a result he made threatening and intimidating statements to his child’s mother. There can be no excusing this type of conduct, however, there sometimes and often is an underlying explanation. It is important for criminal defense counsel to present his/her client’s side of the story. A domestic assault can come from single moment of hot-headedness. Emotions can escalate quickly in arguments, and sometimes they boil over.

Cousins’ situation has some similarities to a recent Ontario case – R. v. Feliciano .

Mr. Feliciano was charged with four counts of domestic assault. He was also charged with two charges of failing to comply with his recognizance due to breaches of a non-communication clause (in laymen’s terms this means a breach of bail because he communicated with the complainant). He ostensibly punched, choked, pushed into a bathtub, and pinned the complainant against a wall. Mr. Feliciano denied the allegations. Credibility was crucial to outcome – it essentially became a ‘he said’ ‘she said’ contest. Mr. Feliciano’s lawyers pointed out that his evidence was consistent, clear, coherent, and compelling. They argued that his wife’s complaints, by contrast, were not.

The Court found that Mr. Feliciano was credible. Indeed, his wife openly threatened to hit the defence lawyer in Court when he asked her a question (who said being a lawyer isn’t risky?). She apologized repeatedly to the lawyer for the remark, but the damage was done. The Court recognized that testifying in a criminal trial is stressful, and that it is normal for witnesses to show certain discomfort. But it also held that openly threatening to strike a defence lawyer was a different thing altogether.

The Court also noticed another thing. The allegations of physical abuse only appeared after Ms. Feliciano separated from Mr. Feliciano and the children, with family law proceedings on the horizon. Although the Court didn’t consider this, on its own, to affect Ms. Feliciano’s credibility, the Court examined the situation closely after Mr. Feliciano’s lawyers brought it to the Court’s attention .

The Court acquitted Mr. Feliciano on the domestic assault charges. It found Ms. Feliciano’s evidence and denial of responsibility implausible and not credible. But, Mr. Feliciano did not escape scott-free.

Mr. Feliciano also sent an e-mail – with his lawyer’s permission – to Ms. Feliciano, attaching their son’s baseball league bulletin and the comment “please take Lucas to baseball please”. But, the fact that he had his lawyer’s permission was not enough. Generally, in cases of domestic assault, the Courts don’t allow defendants to communicate with complainants in any way. Text, e-mail, Facebook, telephone and even sending a message through a friend are all forbidden. Breach of any provision of bail, if reported, will land the person back in jail for another bail hearing. Also, it doesn’t matter who initiates the conversation – whether it’s the complainant or the defendant.

Mr. Feliciano was found guilty of a breach of recognizance for his e-mail and the line “please take Lucas to baseball please”, despite his lawyer’s advice. That’s why it’s so crucial to have an experienced, knowledgable, and strategic lawyer who can help you navigate the system.

The judge in Mr. Feliciano’s case also relied on another domestic violence case from Saskatchewan, which we’ll also discuss. Often, the words ‘domestic violence’ or ‘domestic assault’ conjure images of punching, choking, or hitting. But it isn’t always that severe. That was the case in R v. Ferreira .

In Ferreira the complainant and the defendant lived together for about 8 years. Allegedly, Ms. Lemus (the complainant) shut off the water to the house from time to time. This meant that Mr. Ferreira could not shower. Mr. Ferreira had to go to friends houses to shower. On the day in question, Mr. Ferrerira came home from work and wanted to take a shower before visiting his granddaughter in hospital. Allegedly, the water was off and Ms. Lemus refused to turn the water back on to allow Mr. Ferreira to clean up before going to the hospital. It was alleged that Mr. Ferreira also hit Ms. Lemus in the head and that he injured her hand on a different occasion – however this was not proven. It was the water issues that led to Mr. Ferreira being arrested. On the day in question, Mr. Ferreira turned the water off from the main shut-off, on the basis that if he could not have water, neither could Ms. Lemus. Ms. Lemus filmed him doing so, and he smacked a phone out of her hand. This was found to constitute an assault. However, thanks to the defence’s arguments, the Court decided that this assault was a ‘de minimis’ matter. A ‘de minimis’ matter is a minor matter. A long-standing principle well known to lawyers is ‘de minimis non curat lex’ or ‘the law does not concern itself with trifling matters’. The Court found that the degree of force used was so minor as not to make out an offence.

Mr. Ferreira’s case is unique, but it shows the difference that good lawyers can make. We get a lot of questions and inquiries about domestic violence offences. A common one is what charges can be laid for domestic violence. There are many offences people can be charged with when a domestic dispute escalates out of hand. Some of the most common charges are:

Another question we often get is whether a person facing domestic assault charges in Ontario will have a criminal record. A criminal record can be a very severe thing which can impair a person’s ability to travel or get certain jobs – so this is often top of mind. Whether a given person is likely to end up with a criminal record from assault charges depends on each case’s facts and history. The more serious an allegation is, the greater the penalty may be. In minor cases the Crown may agree to a peace-bond. A withdrawal, or dismissal may also be possible. In rare cases there may be other options too. They’re not necessarily common results, but a person’s likelihood of getting the result they need is significantly helped by having a good lawyer.

There are cases where the complainant calls the police just to settle things down and when the police attend they are surprised when charges are laid. They are even more surprised when they learn that they as the complainant/victim cannot withdraw the domestic assault charge. Once a charge is laid, only the crown attorney has the power to withdraw the charge. You would be shocked at the number of cases where the complainant calls the next day or shortly thereafter asking for the charges to be dropped. This happens more often than not.

That is not to say that the prosecutor will not listen to the complainant as their input must be considered. But a complainant’s input is just one factor a Crown attorney considers in the overall context of a domestic assault allegation. The crown typically will not just withdraw a charge of domestic assault. Sometimes charges are withdrawn where the accused agrees to do the Par program (anger management in the context of domestic violence) and enters a peace-bond.

Assault cases of all types require careful trial preparation and attention. Witnesses must be interviewed, in some cases historical events must be revisited, in other cases medical evidence may be relevant. In all cases, it is imperative that the accused person remain informed as to what is happening in the judicial process. Excellent client/lawyer communication is crucial to a successful defence.